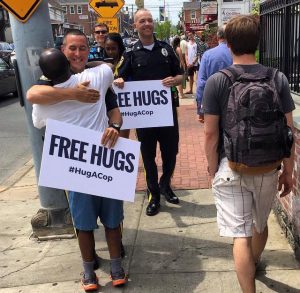 In 2017, I wrote an editorial in the News Journal urging the Delaware legislature to ban police arrest quotas. Unfortunately, it aged well as this line from it rings true again with the murder of George Floyd: “If we think about some of the recent national tragedies involving police use of force across the country, the only generally indisputable fact is that many of them started over extremely minor violations.”

Now more than ever, we need to ban police arrest quotas in Delaware and ideally throughout the country. This is a simple, actionable, and unifying way for our elected officials to help restore faith in law enforcement and prevent abuse.

Banning quotas is a great way to show support for both the police and the community. A criminal justice system without quotas entrusts individual officers to use their discretion and NOT make arrests if unnecessary. Additionally, officers are free to focus on solving actual problems in the community, not just on solely making arrests or producing revenue.

This is something many states have already done, and was recommended by President Obama’s Task Force On 21st Century Policing: “Law enforcement agencies and municipalities should refrain from practices requiring officers to issue a predetermined number of tickets, citations, arrests, or summonses, or to initiate investigative contacts with citizens for reasons not directly related to improving public safety, such as generating revenue.”

Below is proposed legislation I drafted with the help of a handful of attorneys (Adam Windett, Mike Hendee, Dave Skoranski, and Ryan Tack-Hooper) and followed by an edited version of the editorial.

(a)  No police agency shall have the power or authority to order, mandate, require or in any other manner, directly or indirectly, suggest that any law-enforcement officer shall comply with a “quota” or objective system requiring the issuance of a certain number of traffic citations, civil citations, tickets, criminal arrests (or any other type of citation), or conduct a certain number of investigative stops on any daily, weekly, monthly, quarterly or yearly basis.

(b)  Police agencies shall be prohibited from penalizing or threatening law enforcement officers employed by the agency, expressly or impliedly, as to his or her employment in a manner, including, but not limited to, a reassignment, a scheduling change, an adverse evaluation, a constructive dismissal, a salary reduction, the denial of a promotion, the denial of overtime, or placement on probationary status based in whole or in part on such employee’s failure to meet a quota or objective system as defined in subsection (a) of this Section.  Officers shall be evaluated on their overall job performance and not on the basis of the volume of citations issued or arrests made.

As a former Newark police officer, I created many initiatives designed to improve police-community relations, including the viral #HugACop video.

The relationship between the police and the community will always be near and dear to me. When talking about ways to improve those relationships today, it’s common to hear about “alternatives to arrest.”

But before we can have a serious conversation about promoting alternatives to arrest, our legislators need to first deal with police management policies that reduce officer discretion and promote adversarial encounters in the first place — arrest quotas.

What are quotas? Generally speaking, arrest quotas are any police department policy, formal or informal, that push an officer to make a criminal or traffic arrest. Alternatively, a quota could come in the form of essentially mandating officers to stop a minimum number of citizens over a period of time.

In police jargon, quotas might be referred to as something more innocuous sounding, like “performance objectives” or “productivity goals.”

Quotas are generally informal and arbitrary standards. Should an officer not meet the quota (generally measured on a monthly or annual basis), retribution could come in the form of a poor evaluation, threat of termination over a period of time, or reduction in rank or responsibility.

Quotas pose an undervalued threat to our criminal justice system and police-community relations while they remain legal in Delaware.

To summarize, quotas put emphasis on the quantity of work performed by law enforcement as opposed to the actual quality of work. Prosecutors (and the public) would much prefer officers perform quality investigations in order to bring justice to both the offender and victim, as opposed to making arrests or stopping people simply for the sake of making busy work.

While departments that have quotas might deny having one, they will instead refer to having “performance objectives” or “goals.”The end result is the same though. Officers will seek to avoid retribution and make arrests or stops, not due to necessity but out of a desire to mitigate the quota.

Quotas are banned in at least 8 states, including New York, Nebraska, Pennsylvania, North Carolina, Wyoming, Illinois, and New Jersey. The Illinois State Fraternal Order of Police said it best during a discussion of their quota law in 2014: “Quotas create unnecessary tension between the public and law enforcement. Police want to enforce the laws and prevent criminal offenses but their own judgment is called into question by arbitrary quota policies.”

It is time for Delaware to protect the discretion of our police officers, promote positive police-community relations and ban police quotas.